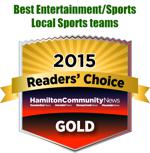 The SCGHA offers a full program of competitive teams that will be competing in the PWHL,  and the Lower Lakes Female Hockey League (LLFHL). All competitive programs may require US travel.

All of our competitive programs promote the OWHA and SCGHA joint values of fun, fair play, excellence, good citizenship, integrity, honesty, equity and adding the value of respect.

(A) (1) “Permission to Skate” forms must be filled out and signed by a designated executive member of the
player’s current association/team and presented to the association/team for which the player wishes to try
out before she is allowed on the ice. Failure to comply will result in a minimum two (2) game suspension
for the offending player and/or head coach.

(2) No “Permission to Skate” forms may be used for the period between January 1st and two days after all
the Provincial Championships for any teams during the current season (Note: For 2015-16 season-valid
as of 12:01am on April 13, 2016)

Current SCGHA Players, can get a PTS from their current coach, after provincials.   Please include the players Date of Birth and former team on the PTS Forms.

If you are coming to SCGHA, you have to get the PTS from your current association.

NOTE: If you are coming from another association, within the OWHA.  We can not allow you to tryout without a PTS, there can be no exceptions, other than coming from a boys team.

Eight-and-under games will be played half-ice (modified ice) from October to December and may transition to full ice from January to April.
• Use September as a development month – no games, just practices.
• Play a limited half-ice game schedule from October to December.
• Use January as a development month, helping transition kids to full ice.
• Members may permit their membership to play a full-ice game schedule from January to April. Please reference the Seasonal Structure on page 17 of the Resource Guide for information on the number of games permitted

Information from Hockey Canada regarding the new Novice Programs affecting both Boys and Girls Hockey can be found here https://www.hockeycanada.ca/en-ca/hockey-programs/coaching/novice