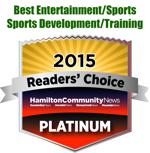 The 1973-74 season saw the birth of the Saltfleet Women's Hockey Association at Saltfleet Arena, with the Hayes Bears, named after an Earl Paddock line of trucks and the P-Wee's Pizza Queens, sponsored by Gary Donald. Neil Whitfield was our first President, but he had to step down mid season and Ron Parent took over as President.

In our second season, we obtained written permission to name our teams Sabres.

The original sponsor was Phyllis and Earl Paddock, owners of Central Equipment, now called Earl Paddock Transportation. Phyllis Paddock is still active with our Association and continues to sponsor the girls playing hockey today. Special thanks goes out to Phyllis Paddock for being our longest standing sponsor. 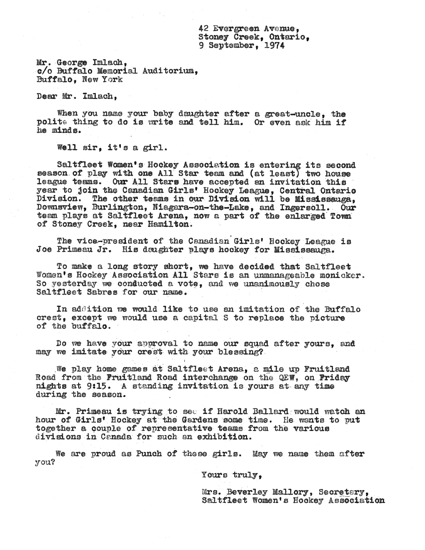 Our Original Request to use the Sabres Logo 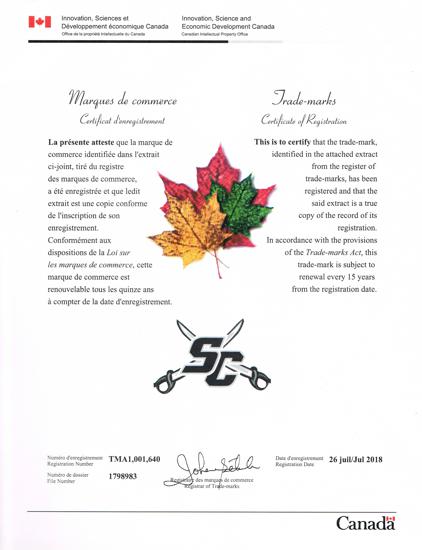 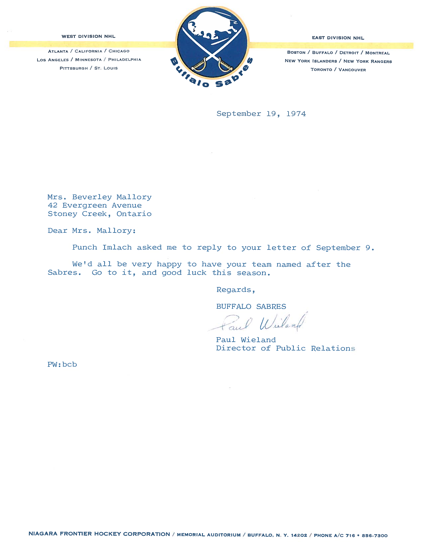 The Welcome Response from the office of the Buffalo Sabres