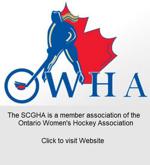 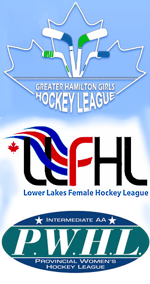 Visit the 21/22 Registration page to read the OWHA regulations and register for next year!

Visit the 20/21 AGM page for the meeting agenda and to sign up for this year's virtual meeting.

As all Sabres family members do, we support within.  Holly VanNetten, a Sabres player on the U15 AA team this past season, and her family are staying optimistic, as their father Mike is in critical condition with Covid 19, at the Hamilton General Hospital.
As their family motto says, "steady as you go"!
Our prayers are with you!

Please consider participating in a drawing with Stoke Strength to help benefit the VanNetten family.
https://stokestrength.com/shop/ols/products/fundraiser-entry

Competitive Coaches Announcements for the 2021/2022 Season

Levels include House League, Rep and Elite AA, and a Super Elite division for current PWHL , CIS and Division I players.

Register now and join leaders of the game for the Women’s Hockey Summit on May 9. Hosted by Cheryl Pounder and Tessa Bonhomme, topics include leadership opportunities and growing at the local level.

Participants are invited to attend one or both panels.

From the original April date, to the rescheduled date of May 6 to 16th, it was finally sadly announced Wednesday, that Women's World Hockey Championship in Halifax and Truro, NS, has been cancelled due to Covid19.  Increasing numbers of Covid19, the circulation of the variants and the safety of the community/participants, were the pending factors that made the short notice decision.  Although it was mentioned that a new location and potential date will be announced; it was not provided on Wednesday’s announcement.

The Sabres Nation wishes the safe return of our alumni players and all other participants with the hopes to have the IIHF and Hockey Canada host the Woman’s Championship hosted safely this year.

Kent was an incredible person who gave respect & kindness to all. He was a special friend of women's hockey as he s… https://t.co/K7Lud6hP2A

RT @IIHFHockey: The IIHF received confirmation from the provincial government of Nova Scotia that the #WomensWorlds in Halifax and Truro🇨🇦…

Let's all keep pushing for change sooner than later. https://t.co/opMcG5rw0W

Our thoughts are with the family and friends of Dap. He was a very special person who gave do much to people and to… https://t.co/xuH6JO8s7b

END OF 2 | Goals from @BOthmann78 and @LoganStankoven give 🇨🇦 a 4-2 lead over 🇷🇺 heading into the all-important fin… https://t.co/fCh3jtLQP4

🚨 GOAL! @LoganStankoven with the deadly wrister under the bar makes it a two-goal 🇨🇦 lead! 🇨🇦 4 - 2 🇷🇺 #U18Worlds

Over the past 30 years, if I’ve been asked once, I’ve been asked a 1000 times, why I have coached Women’s hockey.
At the age of 10 years old, I often went to rink with my idol, my father.  At times, even when I wasn’t practicing or playing.
My Father, held the position of the President of the Stoney Creek Boys Hockey Association, prior to the Association becoming named the Warriors and he also held the position of head coach of the Bantam AA team. My Father was also a proud member of the Optimist Club that assisted in raising money for youth sports.
On one occasion, during the multiple car rides to the arenas, I asked my Father why he put so much time into the hockey organization and the Optimist Club.  His answer to me was, “You owe it to your community to give back and when you give back, be passionate about it.”
He also went on to express passionately, that if he could make a positive difference in just one boy’s life, that his influence towards that boy, may go on to change the world and make it a better place.
Below is a video clip interview of a previous Sabres player that I have influenced as a coach back in 2014-15. She is currently playing for Mercyhurst, in the NCAA.
This is why I coach.
Brian Cleary

Sponsor of our Fundamentals program.